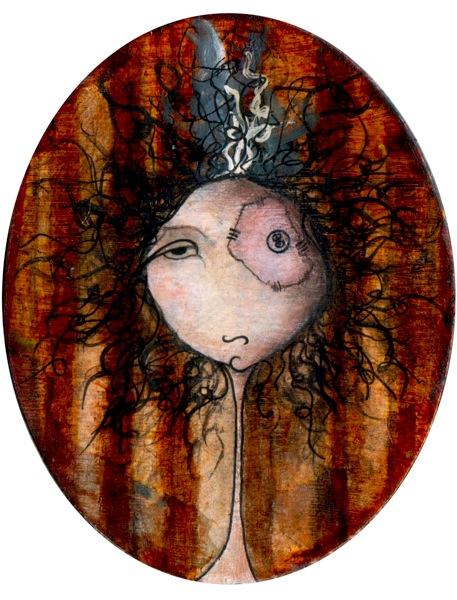 Way back when we were in Cornwall in August last year, I discovered a lump in my breast and pretty much thought I was going to die (well not really, but I was definitely freaked). After a gruelling weekend of pondering my mortality whilst waiting until my doctor’s appointment, I was given the all clear — just a cyst! He said I could come back in a few months if it was still there and I was worried about it and he’d make a referral to the hospital. It was still there a few months later but I wasn’t worried so I didn’t bother going back.

Another couple of months on, still in Cornwall, I see a different doctor about a different thing and she wants to make a referral to the hospital to get the lump looked at because it’s standard procedure. She looks about my age so I’m not too worried about this development — she’s just not as experienced as the last guy I saw. I explain that I’m moving to Wales in a couple of days and can she make the referral to a hospital up that way. She looks like she doesn’t have a clue and says no. I ponder why people say “no” when they mean “I don’t know” but cooperate and suggest I see yet another GP in Wales and they can make the referral. She like this plan.

A few months go by in Wales before I make a doctor’s appointment. I have some niggling concerns that I shouldn’t be putting it off but I’m not too bothered. Finally, I get around to seeing my third GP about this troublesome lump. He’s tapping away on his computer and doesn’t make eye contact with me once the entire time. He asks me what method the first GP used leading to his diagnosis as a cyst. When I tell him that the GP had just felt it, I can feel the waves of disapproval radiating off him but he remains icily silent. He tells me he’s made a referral to the Swansea Breast Clinic and that I’ll hear from them in a couple of weeks and goes back to tapping away on his computer.

This dude’s kind of freaked me out now. It’s been six months since I discovered the lump so if it does turn out to be cancer I’m pretty sure it’s too late and they’re going to lop my breast off or I’ll die. I console myself with the thought that there’s no way the first GP would have sent me away if there was any doubt that it’s a cyst. Right? We’re leaving Wales in a month so I should have plenty of time to make the appointment in a couple of weeks.

A couple of weeks go by and I haven’t heard anything from the hospital. I call them to find out what’s going on because we’re leaving in a week’s time. They inform me that I’ve been put on a waiting list and will have an appointment in about 12 weeks’ time! We’ll be in the far north of Scotland by then. She explains that the consultant decides how urgent a case is and when the patients will be seen, not the referring GP. I explain my situation and ask whether they can transfer me to a hospital up north somewhere. She says the GP can refer me to any hospital in the UK but I’ll go back to the end of the waiting list! If I do this I risk not getting an appointment before we have to leave the UK — our visas expire June 25th. Balls.

I’m kicking myself for not seeing a GP as soon as we got to Wales. If I had I would’ve had the appointment at the Swansea Breast Clinic by now. I’ve gone from a doctor diagnosing it as a cyst after touching it for a few seconds to two doctors making referrals to a hospital and one of them implicitly calling into question the competence of the first. I really don’t want to have to come back to Wales before we leave the UK in June but it’s looking like that is the only option.

We trundle off to Scotland, hoping it all just works out somehow. A couple of months later I get an email from the lovely Anne at Lygos Farm saying that I have a letter from the Swansea Breast Clinic for an appointment on the 10th May. That’s way too early for us to make! We only just got to Scotland and don’t want to have to travel all the way back down until just before we have to leave the UK. I call to reschedule but get an answering machine all three times.

Anne gets another letter saying I mysteriously have an appointment for the 17th May. So they obviously got my messages and went ahead and rescheduled without bothering to call me back! This is still way too early. I phone again and get through to a person this time. She says I’ve been put back on the waiting list — something about a policy to punish no-shows and reschedulers. Holy shit, you’ve got to be kidding me. I explain why this isn’t going to work for me so she hands the phone to another nurse who tells me the same thing in the brusque and dismissive manner of the more mature nurse. I’m immediately transported back to my days as a wee social work student in a sub-acute hospital surrounded by cold, business-like nurses looking down their noses at me from the comfort of their impenetrable clique. I decide I don’t like this woman. Again, I explain that I can make the appointment in June not May. She assures me that this is very unlikely to happen but deigns to take down the dates I am available. She seems to have trouble understanding that I am really am only available for three week period in June and that no, I am not coming back after that, ever.

Now that I’m pretty sure I’m not going to get an appointment, I’m glad at least that we don’t have to drive all the way back to Wales but I’m a bit wary of galavanting off to Europe without resolving this thing. I look into private clinics but this could cost me anywhere between £200 to tens of thousands of pounds, with seemingly no way of knowing beforehand because each individual test has it’s own price point and they decide which test to do after a very expensive consultation.

We’re in the Isle of Skye by the time I commit to a decision. After talking it over with Mike, we realise that the only reason I feel the need for a breast scan is the no-eye-contact doctor’s seeming disapproval of the first doctor’s diagnosis methods. Having realised this, I decide to see yet another GP here, explain the entire situation and see what he/she suggests. It seems like a pretty good plan.

Then I get an email from Anne saying I have an appointment on the 14th June! I was not expecting this — we’ve even booked a ferry that leaves from Hull, far north of Wales. I’m glad I’ve got an appointment but it’s a bloody long way to go. I toy with the idea of getting a bus or train down. I’m staggered at what this would cost. We calculate that it would cost the same to drive down in Nettle! So that’s what we decide to do!

Time always has a habit of sneaking up on us. Somehow, we’re almost out of time here in the UK: … Continue reading

It’s time to get down to the task of covering some serious mileage. We pull out a rather good audio … Continue reading

This entry was posted in UK and tagged Doctor, Freaking Out, Health, Hospital. Bookmark the permalink.
next
prev