Hiking the Calanques on the French Riviera

When we saw photos of the French Riviera’s calanques — fjord-like inlets carved into the white limestone — the problem of where we were going to spend my 30th birthday was immediately solved. Originally, we were planning on flying to Iceland, but the prospect of booking flights, accommodation, rental car, etc etc, quickly made it feel like work. A couple of weeks on beaches of azure water sounded like just the ticket for an indulgent, milestone birthday!

The calanques are inaccessible by road so we’d planned on kayaking to them after having eliminated boat — too restrictive — and hiking — too hard (although Mike was well up for it). That is, until we met Peter. Peter is a fellow Australian and after sweeping us up for a couple of beers in the pub, we all agree that getting up at first light the next morning and hiking to the calanques is a smashing idea. 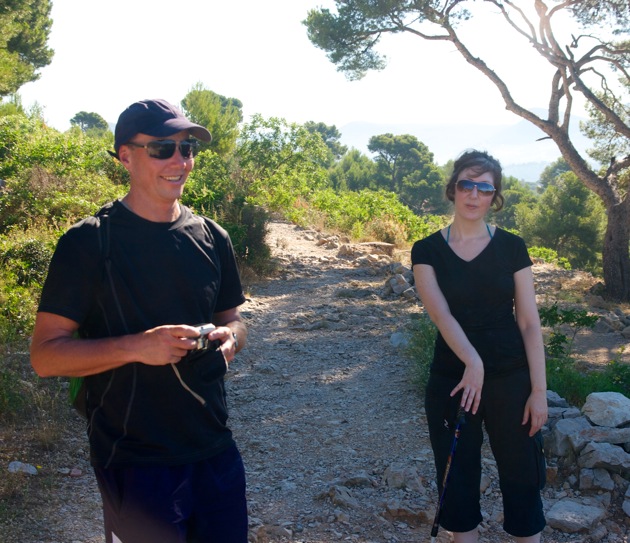 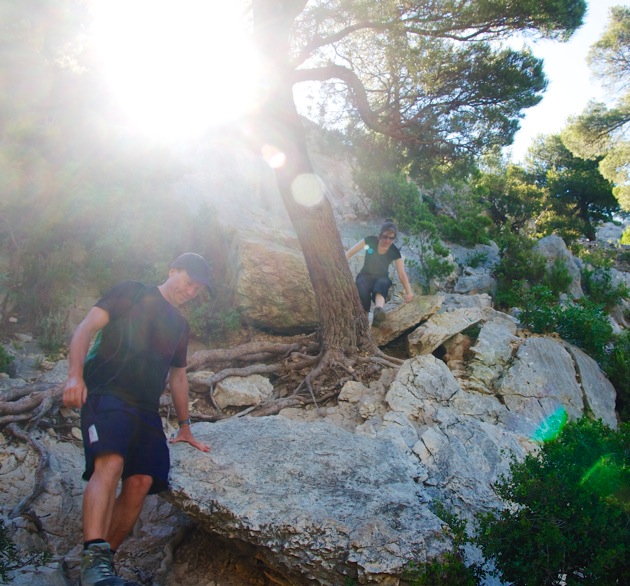 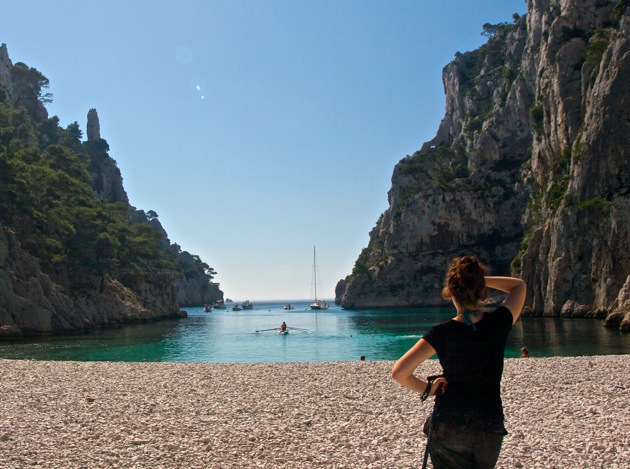 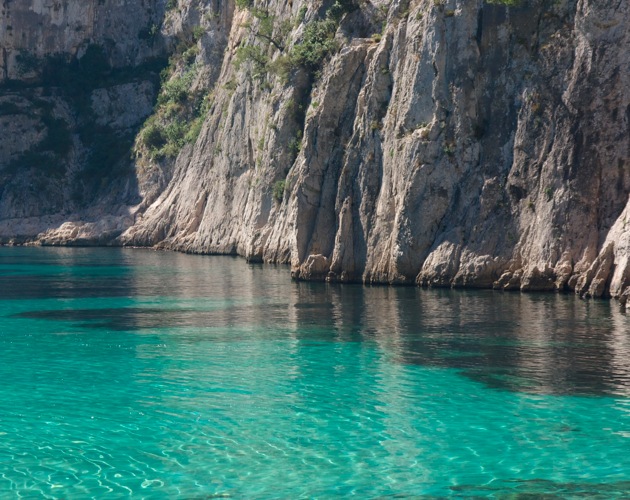 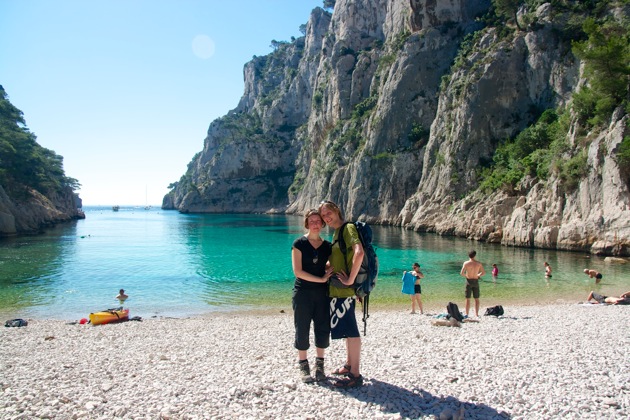 We’ve done a couple of hikes on which I thought the views gained didn’t warrant the exertion, but this isn’t one of them! It’s only mid-morning by the time we get to En Vau — the third Calanque from Cassis. We wonder at the people standing in the shallows of the azure water but not swimming, until we feel it; it is icy!

After taking a couple of dips, eating lunch, and meeting a nice American staying at the same caravan park as us, by the name of David, we’re ready to head back. This is where the hard work really begins. Those cliffs we just descended to get to the calanque below — the highest sea cliffs in France — now loom above us during the hottest part of the day. 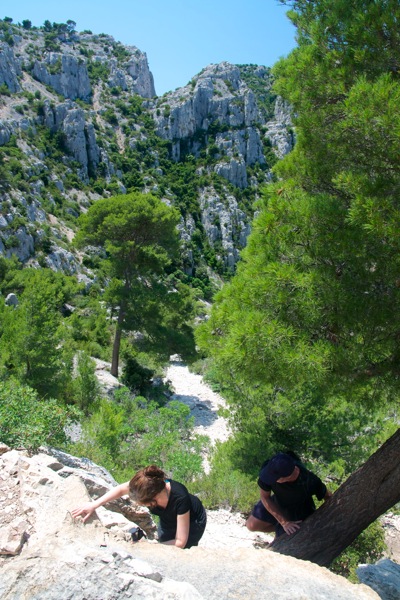 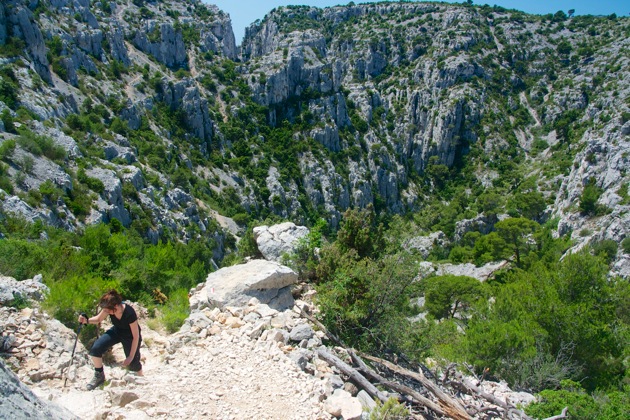 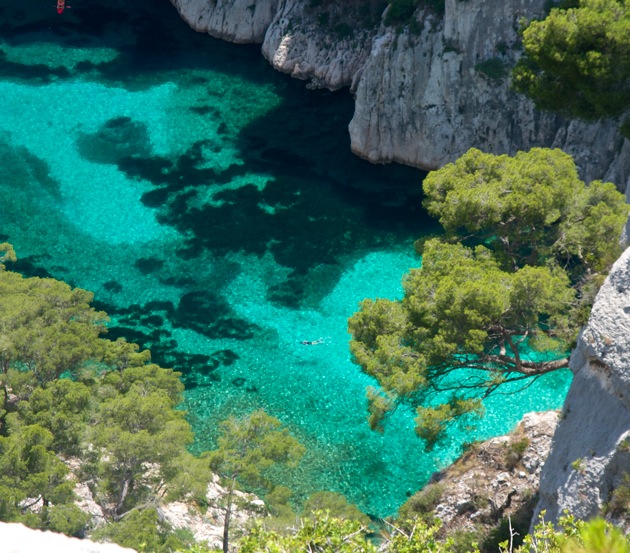 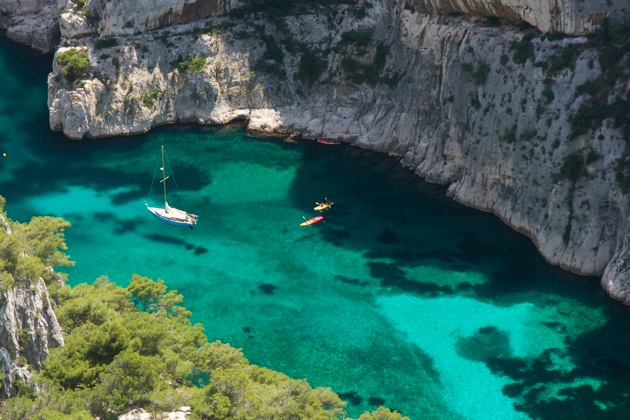 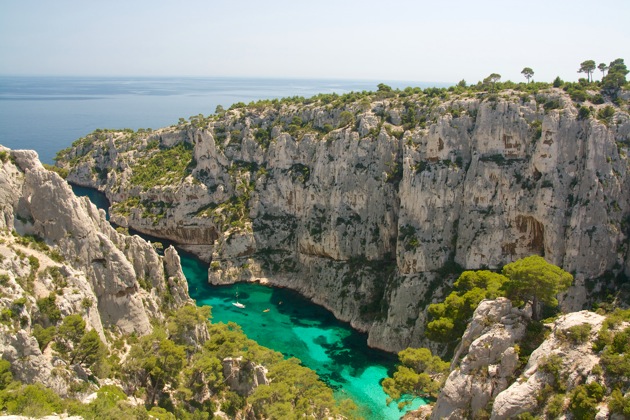 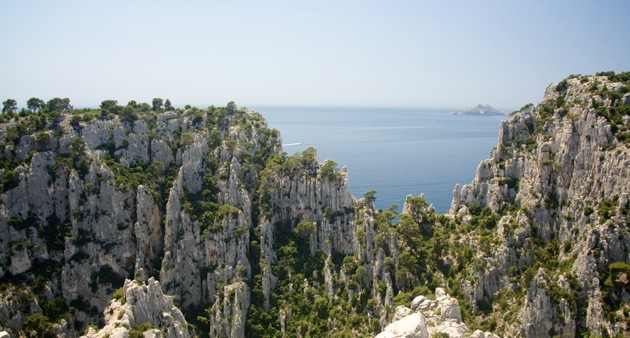 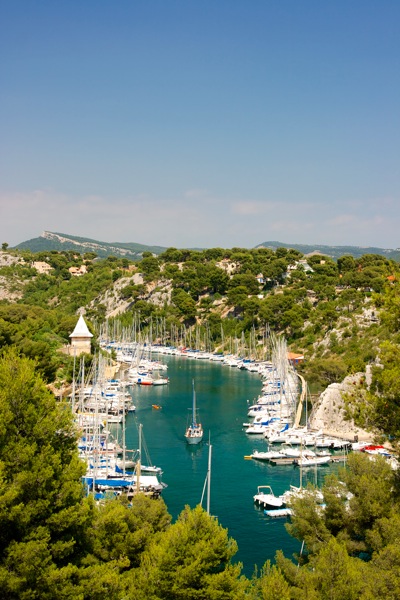 We grab some well-earned icy beers at the first bar we come to in Cassis. Peter very kindly donates to the cause of buying me a pair of thongs (flip-flops, you dirty Americans!) as I can’t bare to put my heavy hiking boots back on my sunburnt feet!

Back at the caravan park we somehow manage to drag ourselves to the showers to wash an enormous amount of salt off ourselves — no wonder the water’s so buoyant. David, who we met at En Vau earlier in the day, pops over to Nettle and joins us for dinner. We have an absolute blast — he’s hilarious and we all click instantly. I don’t know where we get the energy from to have a guest over for dinner, but I feel like we’ve known David for ever and he just fits like a comfy pair of tracksuit pants… not that we tried him on. 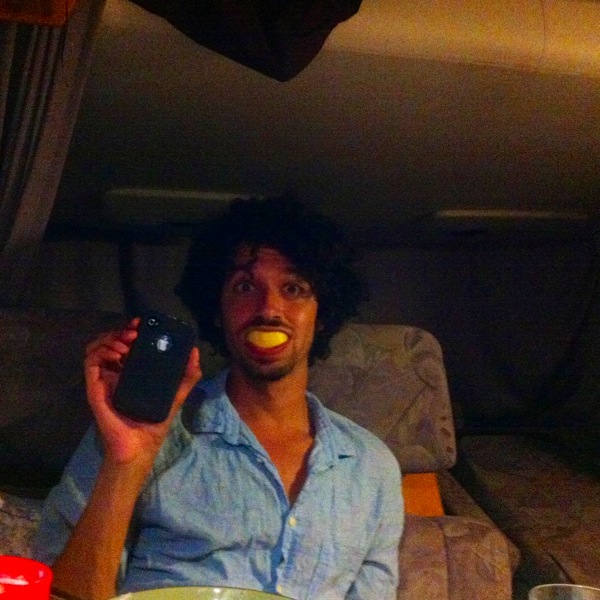 We recently made the acquaintance of Kent and Heather, a couple from the US who spend a few months of … Continue reading

This entry was posted in France, Provence and tagged Coast, Hiking, People, Swimming, Walk. Bookmark the permalink.
next
prev